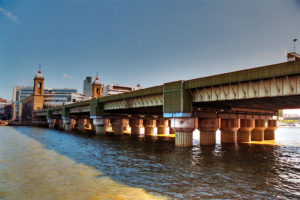 We are looking at an exciting week ahead with Ranger Ross in on Thursday.

Next week, we will work through the following things:

We will also be sharing our Myths from last week.

Biting through the (today not so) grey January, here is the homework due on Wednesday for everyone whose dog has eaten the homework.

Next week, we will work through the following things:

We will also try to find the time and start sharing some of the Myths that you have researched as homework.

It is already the 2nd week of the Spring Term

After an eventful week with our workshop, we are having a busy week ahead, which sees us start our new Class Novel (Room 13).

ICT: Exploring prior knowledge of coding and Scratch.

Geography: Locating places of interest on a UK and World-Map.

What a wonderful day!

Here are the first pictures from our Greek Workshop today. It was amazing to see how active and engaged the children were in the activities, the “fire of learning” was burning like mad. We are so grateful to the parent helpers, without you we would not have been able to run all the activities that the kids loved so much. The biggest thank you goes to Fiona from History off the page – as always, she has been awesome. Almost 60 children were sitting silently and were glued to her stories. Fabulous!

We healed the ill, made mosaics, created the most beautiful artwork/tiles, carved into soap, made oil lamps … and finished the day with acting, dancing and feasting. 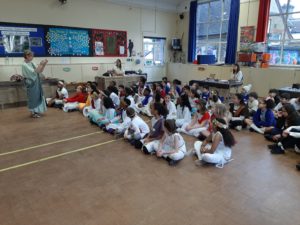 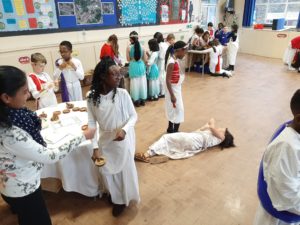 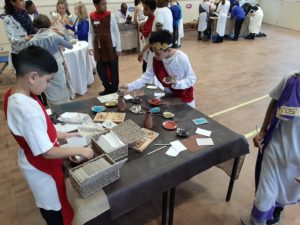 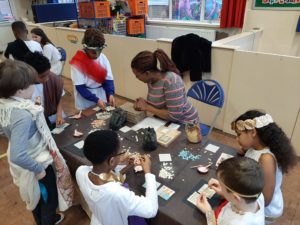 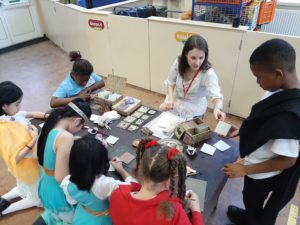 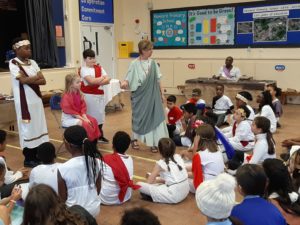 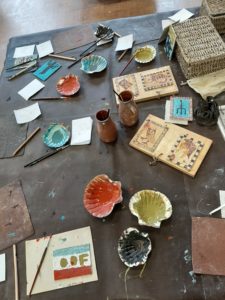 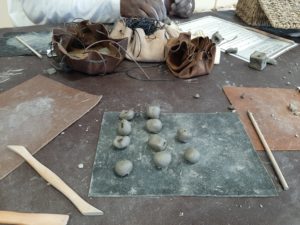 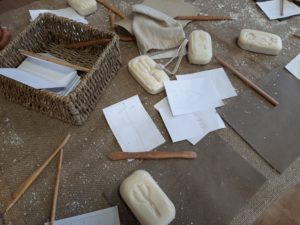 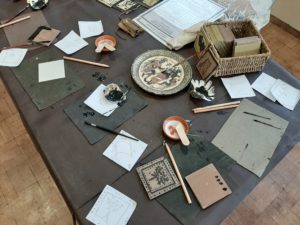 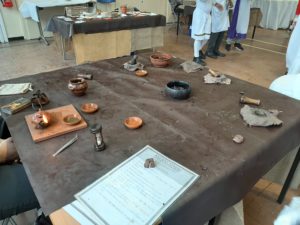 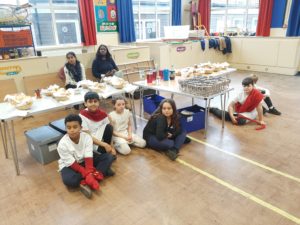 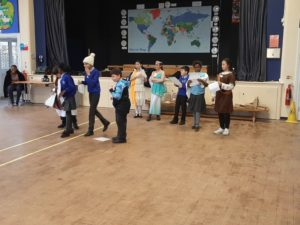 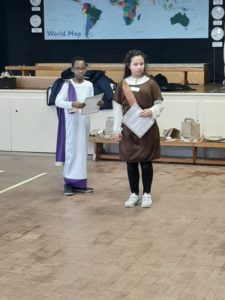 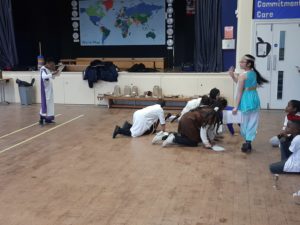 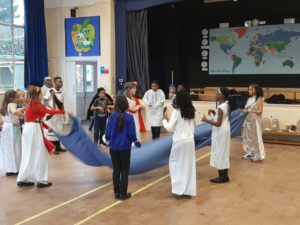 First of all, “Happy New Year” to all children and adults.

This marks the beginning of a short, but shockingly intense term. We are starting with a very exciting week. On Wednesday, hopefully everybody will be dressed up for our Greek Day.

Apart from that, we will be learning …

I can use formal methods of division to divide 4- by 1-digit numbers with chains of exchanges and remainders.

I can use the inverse to multiplication and division questions to check my work.

I can further edit and improve my instruction writing.

I can plan an instruction text with reference to our Topic learning. (How to create the perfect Ancient Greek banquet.)

I can use my knowledge of complex sentences and sentence structure to identify main and subordinating clauses.

I can explore the influence of a surface’s qualities on friction.

History: I can recount and explain a range of basic facts about Ancient Greece (timeline, location, life, central figures …).

PSHE: Nuffield Health will continue with their course.

ICT: I can share what I know about computer programming (Scratch).

Your full PE kit has to be in on Tuesday!!!

Here are some inspirations for our Greek Workshop (in courtesy of  www.historyoffthepage.co.uk). It would be awesome, if everybody could dress up in Greek style.

On this day your child, will through role-play, experience life as it would have been living in the year 490 BC at the time of the Battle of Marathon, using authentic tools and materials whenever possible to learn skills as apprentices in a wide variety of workshops. As the day progresses, the children will get involved in the issues of the time, with the chance to participate in a range of cross-curricular activities. By the end of the day they will have a really good idea of how it felt like to be a Greek citizen at this pivotal date in history, which led to the rise of Athens as a major power in the ancient world.
There will also be a story-telling session.

A simple costume will help your child really feel part of the day.

Choose your own name for the day:

There will be 10 different workstations that children will participate at.

Greek Costume:
It would help the pupils engage with the period and role-play if they wore simple costumes. Most Athenians wore clothes made from finely spun wool or linen of various textures. Rich people wore colourful clothes and fine jewellery. Poorer Athenians wore rough, undyed wool. Braid was often used for decoration or as a formal border

Simplest costume: A large plain T-shirt with a belt or cord tie.
A simple tunic (Chiton for girls) is made from a single rectangle of material, the length of the child from neck to knee or calf (plus turnings) by about twice the width of the child from wrist to wrist. Fold in two width ways and stitch the seam. Hem top and bottom. Mark a gap for the head at the centre of the top edge. From the head gap, mark points at 10 centimetre intervals to the end of the fabric. At each point sew a button through both layers. Cut a length of cord for the waist. To wear, the pupil puts his/her head through the centre hole and each arm through the final shoulder gaps. Tie cord around waist.

You may wish to add a Himation, a rectangle of coloured cloth fastened with a brooch or button on the left shoulder.
Pretending to be a particular character from history or mythology is inappropriate and does not help the day in any way. 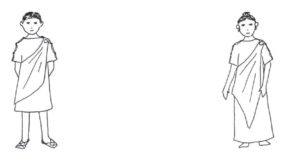 If you are still unsure, “Professor Google” always has an answer and idea.

Here is a selection of pictures from our Gingerbread Houses. As you can see, there were many learning opportunities and I can’t wait for the next baking project. 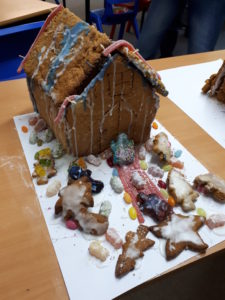 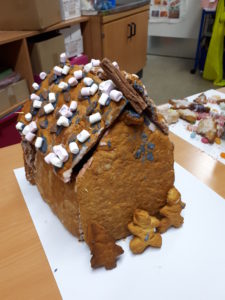 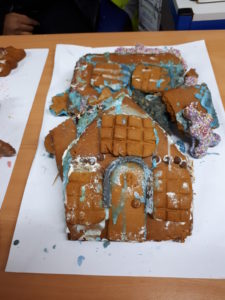 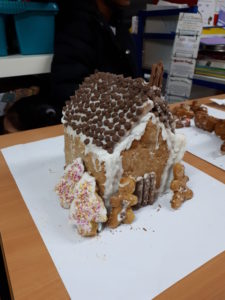 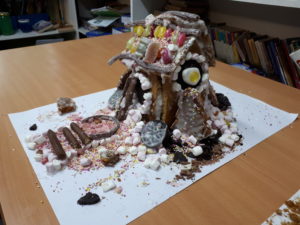 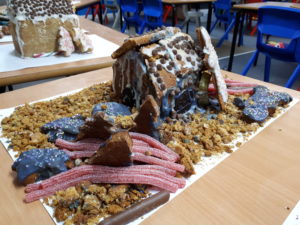 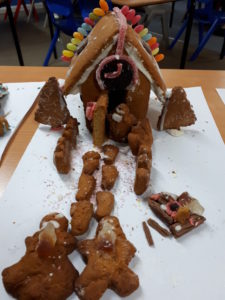 We are wishing you a wonderful, rejuvenating and inspiring Christmas Break.

Thank you for all your hard work, cards and presents, 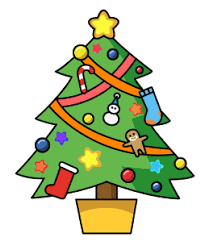 We are having a very short, but incredibly busy week ahead.

There are our final rehearsals on Monday so that we are well prepared for Tuesday.

Our learning will focus on D&T with our gingerbread houses (Monday: baking, Tuesday: assembly and first decorating, Wednesday: final steps of decorating).

I can use formal methods of division to divide 4- by 1-digit numbers with several exchanges (L1) and with remainder (L2).

I can edit and improve my writing.

I can explore the influence of a surface’s qualities on friction.

Our Christmas Concert is on Tuesday 2:15pm in St Andrew’s church.

Our class parties are on Wednesday afternoon, so please be so kind and donate some food and drinks to share.

To help us finalise the planning for the workshop in January, please the letters from last week. (Helpers are urgently needed!)